Croydon, Christmas 2012: Scrooge is in charge of the Town Hall

Posted on December 19, 2012 by insidecroydon

CROYDON COMMENTARY: ANDREW PELLING is appalled at the hypocrisy of the borough’s leading politicians as they sip their glasses of mulled wine after voting through benefit cuts

Christmas should be a time for compassion and care for family, friends and the community. 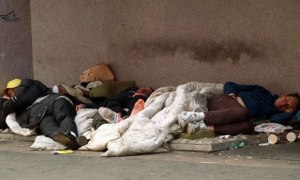 London in the 21st century, and homeless people line our streets

In Croydon, it’s a time marked by obscene contrasts between the priorities of our politicians and the concerns of the needy.

The homeless, mainly single men who through their gender and lack of family are denied access to public housing, gather in the late evening in Queen’s Gardens for the food provided by Nightwatch. They are bathed in light from the council’s new HQ on CostYouAMint Walk. These lights stay on until midnight, burning away public money that could be used to help the homeless.

The extravagant building, the council has recently been admitted after a pretence that it was being built for free, is in fact costing Croydon Council Tax-payers £145 million.

In the priorities of Croydon’s councillors, a plush new HQ is clearly far higher than housing those of their electors who have fallen on hard times.

The councillors and senior officers scoff their mince pies and down their mulled wine in the Mayor’s Parlour after a meeting where the veteran politician responsible for housing policy in the borough boasted to his colleagues of his own spiteful delight in having two lone mothers who had dared to criticise their temporary housing at Gilroy Court on Newsnight thrown out on to the streets with their small children. 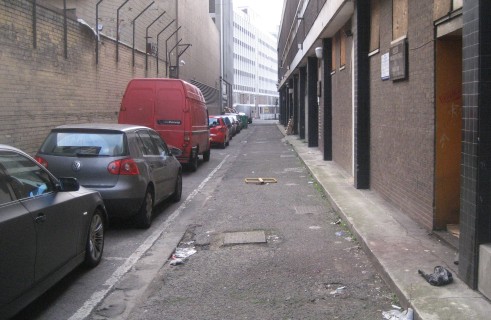 Around the corner from the drinking councillors, a homeless man beds up on a piece of cardboard behind the derelict Davis House, which was bought by the council not for housing, but kept empty instead for (disastrous) property speculation in partnership with a City private equity player.

Just a week before Christmas, Croydon’s Conservative councillors – all of whom receive at least £11,000 per year in “allowances” for just being on the council – voted to slash the benefits that the council offers to their troubled fellow residents.

Their political party has put out a leaflet vilifying the out-of-work, portraying them as a lazy, unshaven slob sitting on a sofa watching television. This is just the latest attempt to demonise those on benefits, stigmatising them as “scroungers”, when in fact many of these are the working poor. The leaflet shows little in the way of Christian care or compassion in the hearts at Christmas for those down on their luck.

Mike Fisher, the leader of Croydon Council who manages the Tory group that controls the Town Hall, will not say whether he puts any hours into the office at the Town Hall for his £53,000 in allowances, but he’s happy to cut the benefits for those who are struggling to feed their families. Ebenezer Scrooge would have been hard-pressed to have demonstrated such unenlightened self-interest, though maybe Fisher has had his own version of the Ghost of Christmas Future and will be haunted by the warning from the right-wing lobby group, the TaxPayers’ Alliance, who accused this senior Croydon Conservative of displaying an attitude that makes him part of the “entitlement culture”.

Croydon’s public services may be cut along with benefits, but the one item in the council budget that remains untouched by Fisher’s Conservative group is the £6.6 million four-year spend on councillors’ allowances.

In public, Croydon’s Conservative politicians act no better than the hypocrites in Matthew’s Gospel. “Therefore when thou doest thine alms, do not sound a trumpet before thee, as the hypocrites do in the synagogues and in the streets, that they may have glory of men. Verily I say unto you, They have their reward.”

In Croydon’s council chamber, and at Westminster, Conservatives vote to cut benefits but in public they boast of their good works in collecting a few cans for food banks for those whose support they have just voted to cut. 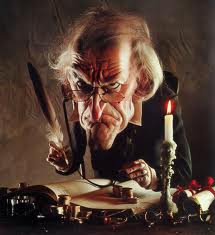 Terry Lenton, the chief whip for the Conservative group on Croydon Council, in an appalling misjudgement, tried to turn an appeal for the food banks into a game. Croydon Central’s MP, too, has been trumpeting his contribution to the food bank on his website and on Twitter.

Conservatives in Croydon need to realise what an ugly image they are now presenting.

Yet they seem to believe that divide and rule, of creating division and encouraging hate for what they characterise as the feckless poor, is “good” politics. In a recent paper for Fisher’s Town Hall cabinet, they boasted that 65 per cent of the 454 Croydon people who responded to the consultation on the benefits cuts “liked” the idea of sticking it to their fellow residents who had fallen on hard times. The paper also reported that 62 per cent of those who replied were in employment. Of the others who responded, many are likely to have been pensioners who are not impacted by these specific cuts to benefits.

Like so many of Croydon Council’s “consultations”, this appears to be fundamentally flawed, deliberately skewed to get the answers required to suit the local politicians: those unfortunate to be unemployed rarely get asked for their opinions on whether they should have their benefits cut.

Gideon Osborne, the Chancellor of the Exchequer responsible for a unique triple dip recession, thinks that he has tricked Labour into “backing” benefit recipients. So now the Conservatives’ national campaign has the picture of the man on the sofa and the contention that, “Labour would borrow more and add more debt to fund unlimited benefit rises.”

Yet many Conservative supporters in Croydon will be hurt by the local councillors’ decision for benefit cuts.

Of course, those living on the edge of a financial precipice, with their £71 a week Job Seeker’s Allowance while trying to pay the bills and feed a family, will be hurt worst. They will have to find at least £3.50 a week for Council Tax.

If there’s a student in the family, they’ll also have to find £3.50 a week to add to their accumulating student debt.

Emergency discretionary payments in the case of a disaster before DWP payments could be made will be set as low as £4.03 a day.

The benefits cap due to come into place in April will also see more homeless families sent to Croydon from the higher rent levels payable in inner London. The benefit cuts will see current Croydon residents falling into arrears and being evicted and seeking emergency housing. These additional demands will fall at the door of a council already vilified  as a callous and chaotically ineffective housing authority that cannot coping with a housing crisis, yet sits on empty properties in an attempt to speculate on land values.

You have to ask, “Did Croydon’s Conservative councillors come into politics to be both callous and ineffective?”

Conservatives need to persuade their government of Croydon’s urgent need for a bailout.

It will be a tough argument for Fisher and his chief executive, Jon Rouse, to make when they have just gone out and borrowed the cash to buy a £145-million 25-year lease with hidden running costs for gleaming new council offices.

Maybe they could make a start by turning Bernard Weatherill House into an emergency shelter for the homeless over the Christmas period. It’s the least that Scrooge would have done. Merry Christmas.

2 Responses to Croydon, Christmas 2012: Scrooge is in charge of the Town Hall