Scott’s cunning plan to squeeze in 3,000 new homes per year

Paul Scott: having another go at the Local Plan

Just like Baldrick, Paul Scott has got a cunning plan. Another one.

Controversial Town Hall figure Scott has been booked to perform a reprise of one of his less-loved acts, the council has announced. And unlike the Fairfield Halls, you can be sure of curtain up on the right date for this one.

Only 15 months after the council formally adopted its latest version of the Local Plan, largely overseen by Councillor Scott, and they have announced this week that they are to run a review of it, with Scott in charge once again.

The job of putting together Croydon’s Local Plan is a bit like the painting of the Forth Bridge: it is never finished.

The political tensions around planning can only heighten with Tory MP Chris Philp already urging residents to turn up mob-handed at council meetings, as he makes stopping the council approving new homes in his constituency a key plank in his re-election campaign. 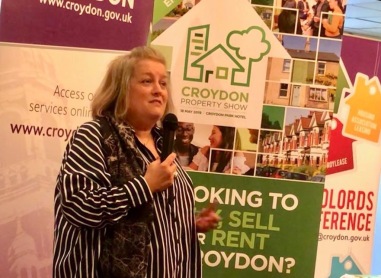 Stresses can only get worse as the council admits in the launch of this rather early review that the main reason for it being conducted so soon is “the emerging new London Plan (in particular the significantly increased housing number)”.

In Croydon, an already demanding housing target of 1,645 new homes per year could be jacked up to 2,949 per year under the London Mayor’s own draft Plan for the capital.

Over-ambitious housing targets can end political careers, as was shown in Tandridge just three weeks ago at the local elections in Surrey, where the Conservatives suffered an electoral collapse because of their proposals to build 4,000 homes in the Green Belt.

Regardless of that, Scott – who, conveniently for him, is married to the council’s cabinet member for housing, Alison Butler – says he is looking to deliver more new homes all across the borough. “As demand for more homes increases, we will have to look at different ways of promoting growth throughout the borough,” he said.

Teasingly, Scott also hints at trying to soften his previous antagonistic, alpha male approach to planning. “As part of the review, the council will explore a range of options to minimise the impact of growth on the character and nature of Croydon’s suburbs, looking at alternative and suitable locations for new homes and community facilities.”

As to just what those “alternative sites” might be, the council remains ambiguous, creating all sorts of potential political problems for Scott’s Labour colleagues. Does it mean that some of the green open spaces in Shirley, in Sarah Jones’s Croydon Central constituency, which had to be dropped from the Local Plan last time round, are now back in line for development?

Not only would such schemes risk costing Jones her hard-fought seat, but the MP herself will need to consider her position most carefully: for the past year in Parliament, she has been Labour’s shadow spokesperson on housing.

The council’s studied ambiguity about where it intends putting all this new housing prompts other questions, too. Will more Metropolitan Open Land in the borough be downgraded to secure sites for housing estates, and so avoid the back garden developments that the Conservatives so dislike?

What is clear is that Philp continues to offer a false prospectus that all development to meet this overwhelming level of demand can somehow take place on town centre brownfield sites. Except, of course, in Purley.

The council is inviting landowners to get in contact by the end of July to offer up land where they might want to see planning status changed, to allow for housing to be built.

There is one area where huge new development will definitely take place – alongside the already congested Purley Way.

Sutton Council is in dispute with Croydon Council about directing 1million tons of HGV traffic along the A23 to the incinerator and other sites on Beddington Lane. The incinerator contract even provides for the disposal of radioactive waste that would be trucked in past any new Purley Way communities before possibly being scattered from the incinerator chimneys into the atmosphere above Croydon’s homes, schools and hospitals.

Transport for London and the council intend to spend at least £81.5million on improving flows at the frequently snarled Fiveways junction on the Purley Way.

The previously agreed proposals to provide 3,000 additional homes nearby get a boost with Mayor of London money coming to help Croydon plan for council and social rent homes under the Homebuilding Capacity Fund.

Scott says the seed corn planning money for Purley Way “will look at protecting the commercial future of the area, while providing units for smaller businesses, community facilities and homes in an improved environment”. The council itself has a commercial interest in the area, having last year shelled out £53million to buy the Colonnades centre.

The council intends to rush its five-year review through in just 33 months and to adopt the new Croydon Local Plan by February 2022. That’s three months ahead of the next local elections, making the Local Plan even more politically sensitive than it might be.

Which seems to make Scott, the developers’ mate who admits to wanting to “concrete over Croydon”, an even more bizarre choice to oversee such a challenging task.

3 Responses to Scott’s cunning plan to squeeze in 3,000 new homes per year