Posted on November 14, 2017 by insidecroydon

NHS chiefs in south-west London want to close all acute, emergency and maternity facilities at two large hospitals, and they are doing so by claiming that they have overwhelming public support. 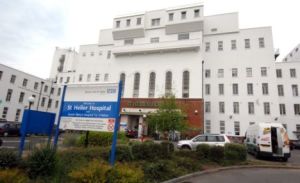 St Helier Hospital: under threat, but still hitting its targets

Any closure at St Helier Hospital, in nearby Sutton, is sure to increase the demand for hospital services at Croydon’s Mayday Hospital, which has been groaning under the strain of ever-rising demand for treatment against a background of budgets which are squeezed in real terms each year.

St Helier is also one of those rarities in NHS hospitals in London: it has tended to meet all its performance targets in recent years.The Epsom and St Helier Hospital Trust held an important public meeting on Friday at which they were to decide if they should move to the next stage of their controversial plans. 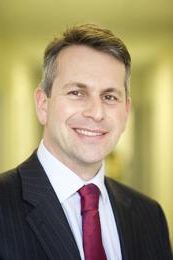 Daniel Elkeles, the Trust’s chief executive, presented what he called “feedback” from their consultations, or “engagement”, on the plans.

According to Colin Crilly, a member of the Keep Our St Helier Hospital (KOSHH) campaign who was at the meeting, Elkeles “gave the entirely false impression that the vast majority of the public were supportive and he urged the board to vote in favour of sending these proposals on to NHS bosses for consideration”.

Crilly says that the Trust’s “engagement” with the public has tended to be misleading, because they failed to explained clearly their full intentions.

Any decision to close the hospitals could prompt a national-level political row, since the hospitals under threat are in the constituencies of former coaltion government minister Tom Brake, the LibDem for Carshalton and Wallington, and the Epsom constituency of Tory cabinet minister Chris Grayling.

Crilly said, “KOSHH have studied these dangerous plans closely, have attended most ‘engagement’ meetings to highlight the many flaws.

“The plans are to close all acute, emergency and maternity services at both hospitals – with only the possibility that they might build, just one, new acute ‘facility’ at some future date, at an unspecified location. 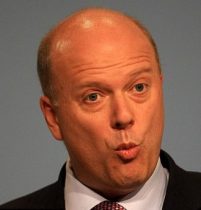 “Unfortunately, most of our local MPs are in favour of these dangerous plans and are also releasing misleading information.”

At Friday’s meeting, Lawrence Newman, who was chairing the event, appeared to sense the hostility in the room and tried to bypass a scheduled public Question & Answer and go straight to a vote. He was stopped from doing that when there were several loud and angry interventions from the gallery. “All but one of the public’s questions showed concern or downright opposition to the plans,” Crilly said.

The objections raised included Elkeles’ professional track record of cuts, service closures (including A&Es and maternity departments), the proposed Acute bed reductions, and the huge gap in provision from 2020 to 2024.

“All concerns were dismissed or given inadequate responses,” Crilly said.

And then the board voted in favour of the proposals.

“The chairman didn’t appear to count the ‘Yes’ votes, and barely asked if anyone wanted to vote against, or abstain. This made the meeting feel like a bit of a charade.”

Crilly says that, “KOSHH will continue to fight for all services in all of our hospitals, and we ask local people to join us. We must stop these plans before they advance any further.”