The postcode lottery in the health service is putting lives at risk here in south London, with an estimated 400 people in Sutton affected every year 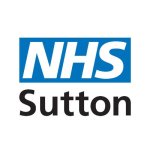 Everyone knows about bowel cancer and cervical cancer. They are common enough to be screened for. But suppose there was a disease that affected nearly three times as many people as those two put together?

Suppose it shortened your life, gave you heart trouble, took away your sex drive and fertility, made you weak and overweight, destroyed your ability to earn a living, wrecked your relationship, and put you at risk of suicide?

You would at least expect those who look after our health to take an interest.

But few have heard of PTHP: post-traumatic hypopituitarism. PTHP can happen after any head injury, even the mildest of concussions. Official statistics suggest that PTHP affects 235 people in every 100,000 every year. This means that in  Croydon, where the population is nudging 400,000, nearly 1,000 people are affected by PTHP each year. In neighbouring Sutton, which has a smaller number of residents, it is reckoned around 470 people will have succumbed to PTHP in the past 12 months. 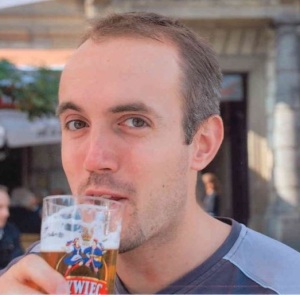 Chris Lane: died at 31 when his PTHP was undiagnosed

Undiagnosed patients rarely recover. Many people who present with PTHP are often misdiagnosed, told that they have ME or that it’s all in their minds. It is suggested by medical specialists that there must be thousands who have fallen ill with PTHP in the past and who are still suffering.

Joanna Lane has been fighting a campaign for better awareness of PTHP among medical practitioners for the past 10 years, ever since the suicide of her son, Chris, when he was aged just 31.

From PTHP patients who have contacted her, Lane knows that many have been told that they have chronic fatigue syndrome or depression. When this happens, they get nothing but antidepressants and counselling, instead of the hormone treatment which could help to restore them.

“We didn’t find out about Chris’s impotence until after his death, but we wondered if it was connected with a skull fracture when he fell from a tree as a little boy,” says Coulsdon resident Lane.

“Then we found all this research, masses of it, which certainly made it likely that his pituitary gland was damaged in the fall, so that his body couldn’t produce testosterone. He never confessed his sexual difficulties to his GP. Even if he had, it’s unlikely the GP would have looked at his past head injury and put two and two together.”

PTHP happens when the pituitary, a small pea-like gland that dangles by a fragile stalk from the underside of your brain, is damaged. It is known as the “master gland” as it not only controls the subsidiary glands responsible for producing our fight-and-flight response, the adrenals, and the gonads which produce testosterone and oestrogen, but it also produces growth hormone which promotes growth in children, and governs physical strength, weight, good heart function and mood in adults.

The pituitary even controls the amount we urinate. If a concussion, or worse injury, harms the gland, it may stop producing any or all of these hormones. Head injury is a major cause of hypopituitarism, but it can have other causes such as tumours or bleeding during childbirth. It can affect both men and women.

The problem is, says Lane, that GPs just don’t know about PTHP. “They haven’t been told.” 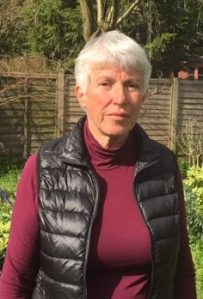 Joanna Lane: GPs have not been told about PTHP

So last year she decided to approach the clinical commissioning groups who control GPs’ funding and run regular training days. “There are about 200 of these CCGs in England, and more than 150 of them have agreed to inform their GPs. Some have even run training sessions on it.”

In Croydon, Rachel Flowers, the council’s director of public health, listened to Lane and has passed on the information to the CCG and to GPs.

Not Sutton CCG, though.

“I wrote to Dr Jeffrey Croucher, the Sutton CCG chair, and Dr Chris Elliott, the interim medical director, three times, in June, July and August last year. When they did not reply, on January 9 this year I wrote a recorded delivery letter to Dr Imran Choudhury, the director of public health for Sutton.

“Nearly three months later, there has been total silence from him too.

“You either have to conclude that they are all disastrously inefficient – not a good look when they are responsible for the public’s health – or that they are deliberately suppressing this vital information that could help so many people,” Lane says.

“It’s certainly possible that treating so many could be a worry, financially, for a CCG, but that’s no excuse. If a person is told they have chronic fatigue syndrome, many people think it’s ‘all in the mind’ and are impatient.

“Lack of growth hormone – a common feature of PTHP – can cause depression anyway, but if you add in isolation and lack of sympathy or support, you begin to see why people might contemplate suicide. The suicide rate is greatly increased after head injury. Some research says it’s doubled, some quadrupled.

“Diagnosing these people, even if you couldn’t afford to treat them, would mean they had their family’s love and encouragement. Directors of Public Health get £100,000 a year. They have a duty of care.”

News, views and analysis about the people of Croydon, their lives and political times in the diverse and most-populated borough in London. Based in Croydon and edited by Steven Downes. To contact us, please email inside.croydon@btinternet.com
View all posts by insidecroydon →
This entry was posted in Coulsdon, Croydon CCG, Health, Rachel Flowers, Sutton Council and tagged Croydon, Croydon Council, Croydon NHS CCG, Imran Choudhury, Joanna Lane, London Borough of Croydon, Rachel Flowers, Sutton NHS CCG. Bookmark the permalink.