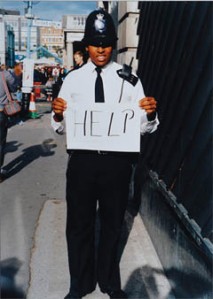 Gillian Wearing, the Turner Prize-winning artist, has chosen the Museum of Croydon as one of the venues at which she could conduct her work, in a competition which will be decided by a public ballot.

Wearing is noted for her use of photography and film, and is perhaps best known for a series of images in which strangers met in the street were photographed holding signs with (apparently) random messages.

Working with Gillian Wearing is the prize in this year’s “Connect! Museums at Night” competition for one of five venues, which include the Turner Contemporary in Margate and Swansea’s Dylan Thomas Centre.

The competition is aimed at giving museums and galleries the chance to build new audiences by working with leading artists. Croydon Council hopes that the competition will increase awareness of the Museum of Croydon’s new gallery, Then & Now, launched last year, which showcases works from the Croydon art collection.

Wearing’s choice of the Museum of Croydon might be seen to be unconventional, since the venue was expelled from membership of the Museums Association just 18 months ago, as a consequence of the then Tory-run council’s sale of a significant part of its Riesco Collection of priceless Chinese pottery. The sale broke the Museum Association’s code of ethics.

In a press release issued this week, Croydon Council omitted to mention the controversial Riesco sale, or the departure of two Museum of Croydon staff following that divestment of public property.

But the council’s press office did say, “If Croydon is selected to bring Wearing to the museum, it will be a rare opportunity to have a top contemporary artist create a unique, participatory event in the heart of the borough – something that would not otherwise be possible.” 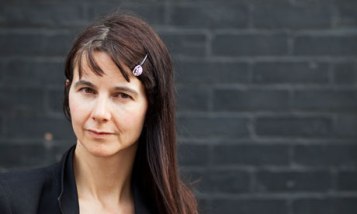 The artist Gillian Wearing: does she know the Museum of Croydon is barred from the Museums Association for five years?

A “rare opportunity” indeed: the Museum of Croydon is barred from membership of the Museums Association until 2018, during which time other, accredited museums and galleries are unable to loan exhibits to Croydon, and the borough’s museum is ineligible to apply for Arts Council, Lottery and many similar funding grants. Basically, Croydon is now a pariah borough as far as the arts Establishment is concerned.

Alistair Brown, the Museums Association policy officer, said, “I think this is a really important document. The statement shows that museum collections matter – and that we will work together as a sector to protect them. 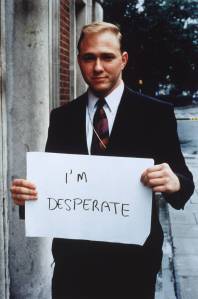 “I think there is tremendous strength in publicly re-stating the idea that museum collections are cultural, rather than financial, assets, and that they should be used for the public good, not sold.”

It is not known whether Gillian Wearing was aware of Croydon’s pariah status when she included its borough museum among her five possible venues to work at. Maybe she did, and felt sorry for the residents of Croydon, who are so ill-served by their Philistine local politicians (who could not even manage to realise half of the £13 million valuation which was placed on the Riesco items that got flogged off at auction in Hong Kong).

There is more than a touch of pathos, real desperation, about the Museum of Croydon’s part in this scheme. A gallery which saw ancient Chinese porcelain valued at more than £10 million walk out of its doors (or at least the Town Hall basement) is now eager to get residents to vote so that it will receive a grant worth… wait for it … £3,000.

And what do they want to do with the money if they win the Wearing competition? Seriously? This stuff is beyond parody:

“If we’re successful, we’ll transform the museum gallery into a karaoke club for the night, complete with live musicians. Writers and lyricists will help audience members to write their own lyrics before entering the ‘club’ and performing,” said Croydon’s museum and archives manager, who is named (somewhat cruelly under the circumstances) Rob Shakespeare.

The council’s press release also omitted to state that part of Croydon’s karaoke plan is to have the gallery divided into separate rooms: happiness and misery. No prizes for guessing which one is likely to be over-subscribed…

Voting began today. When we checked, the Museum of Croydon was in third place, but a long way back on 16 per cent of the vote to Folkestone’s Strange Cargo’s 48 per cent. But it’s early days yet… We’ll leave it to you whether you wish to take pity on the Museum of Croydon’s plight and vote. To take part in the online poll, click here.

News, views and analysis about the people of Croydon, their lives and political times in the diverse and most-populated borough in London. Based in Croydon and edited by Steven Downes. To contact us, please email inside.croydon@btinternet.com
View all posts by insidecroydon →
This entry was posted in Art, Croydon Council, Education, Museum of Croydon, Riesco Collection and tagged Conservative, Croydon, Croydon Council, Gillian Wearing, Museum of Croydon, Tory. Bookmark the permalink.