Rooney apologises for his performance, on and off the track

Croydon Harrier Martyn Rooney has issued an apology after announcing on national television that he “ran like a dick” at the Rio Olympics. 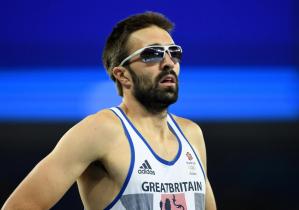 Rooney had just been eliminated at the heats stage of the 400 metres when he gave his own, frank assessment of his performance in a live post-race interview.

The BBC edited the soundbyte from its later highlights packages.

Last month Rooney, 29, from Thornton Heath, won the European 400m title for a second time. He is competing in his third Olympic Games, but will take no further part in the individual 400m after placing only fifth in his heat in 45.26sec.

“I ran like a dick, it’s pretty much simple as that,” Rooney told the trackside interviewer.

Drawn in lane 2 and needing to finish in the first three to guarantee his progression into the next round, Rooney ran his opening half-lap almost casually, and even with a charge down the home straight, he was never better-placed than fourth in the whole race.

Michael Johnson, the former Olympic champion at 200 and 400m, working as an analyst for the BBC, described the Briton’s pace misjudgement as “a massive mistake”.

Rooney said, “I come to the Olympics. I come to perform with the best. I feel like I’m in PB shape. I don’t know what I was doing in the first 250…

“I’m just gutted for myself and everyone who’s supported me.”

Rooney had been involved in controversy with British athletics selectors earlier in the summer, when they gave the 6ft 7in tall Londoner an ultimatum, saying that he would not be allowed to defend his European title in Amsterdam and be selected for the Olympics. Eventually, Rooney was allowed to race at both, and won gold in Holland, though he was excluded from the relay squad.

In Rio, the relay is all he has to look forward to, in an event in which Britain has a reputation for finishing among the medals.

Later, apparently chastened after expressing his sincere and succinct summary of his performance, Rooney posted a statement on Twitter.

“Honoured to represent my country, disappointed to run so poorly on the biggest stage.

“I moved on quickly from the Europeans and the main goal this season was to make the final here in Rio, I tried to come into the race as relaxed as possible and it showed, too slow through 200m is something you can’t do at this level…

“Apologies for my language post-race, I need to sort out my head for the relay and deliver for the guys when I’m needed.”

News, views and analysis about the people of Croydon, their lives and political times in the diverse and most-populated borough in London. Based in Croydon and edited by Steven Downes. To contact us, please email inside.croydon@btinternet.com
View all posts by insidecroydon →
This entry was posted in Athletics, Croydon Harriers, James Dasaolu, Martyn Rooney, Sport and tagged Croydon Harriers, James Dasaolu, Martyn Rooney, Olympic Games, Rio Olympics, Usain Bolt. Bookmark the permalink.