Sutton Seniors Forum was a charity established 20 years ago by the parents of Ruth Dombey, now the LibDem leader of Sutton Council. Yesterday’s conviction of her former colleague Alan Salter for defrauding it of thousands of pounds has revived accusations of a cover-up, as BELLE MONT reports

The additional charge brought at Croydon Crown Court yesterday against Alan Salter, who pleaded guilty to taking more than £4,000 from Sutton Seniors Forum, the charity of which he was a trustee, has revived accusations of a cover-up of the affair by Sutton Council.

“If Sutton Liberal Democrats knew that there was an issue with Salter at Sutton Seniors Forum before his arrest, then they conspired to allow him to continue as chairman of the council’s scrutiny committee and as vice-chair of the audit committee,” Nick Mattey, the independent councillor for Beddington North, said today.

Mattey is not alone in his view, since 10 months ago, a Charity Commission report on Sutton Seniors Forum said that there is “a connected party relationship between the charity and the local Liberal Democrat Party in Sutton Council”.

Salter was a Liberal Democrat councillor in Carshalton for six years, holding senior positions on the scrutiny and audit committees.

Both Sutton Seniors Forum and the other charity Salter defrauded, the Carshalton Association for the Elderly, have received thousands of pounds in grant funding from Sutton Council over the years.

Sutton Seniors Forum has exceedingly close connections with the leadership of Sutton Liberal Democrats: it was formed in 1996 by David and Brenda Dombey, the parents of Ruth Dombey, the current leader of the council.

When, in September 2015, Sutton Seniors Forum was in difficulties over its finances and a lack of adequate accounting records, it was Brenda Dombey who stepped in to replace Salter as treasurer to try to sort out the mess.

This suggests that there must have been some serious concerns held by the charity’s trustees, including Brenda Dombey, over Salter’s conduct. Nonetheless, Salter continued to serve as a senior councillor on Ruth Dombey’s team for a further nine months, until his rushed resignation and subsequent arrest. Yet Ruth Dombey maintains that she had no inkling at all that anything was amiss with the charity, to which her council was continuing to provide funds.

Indeed, at the time of his arrest, and with a by-election looming, Sutton Council issued a statement that Salter’s arrest was related only to his “personal financial affairs”.

As yesterday’s sentencing at Croydon Crown Court proved, that was far from the whole truth, and something which will only raise further suspicions of a cover-up by the council.

It was a complaint submitted to the Charity Commission which prompted them to look into the problems at Sutton Seniors Forum which ultimately saw the police broaden its investigation, resulting in yesterday’s additional charge against Salter.

In its report, published last November, the Charity Commission stated, “We identified that there is a connected party relationship between the charity and the local Liberal Democrat Party in Sutton Council. While there is no direct evidence of a conflict of interest or loyalty there may be a suggestion that external influences played a part in the decisions that the trustees took in response to the serious incident at the charity.”

The role of Brenda Dombey in failing to bring suspicions of Salter’s fraud to the attention of the Charity Commission, or to Sutton Council or the police, is now key.

Over the past two years, Sutton Seniors Forum has received more than £12,000 from Sutton Council sources: £6,250 from the Mayor’s Fund and £6,077 from the Community Fund.

It was in the spring of 2016 that Sutton Seniors Forum approached LibDem councillor Simon Wales seeking advice on legal matters. Councillor Wales claims not to have been told the nature of the problem, and directed the charity to the Citizen’s Advice Bureau.

When challenged by independent councillor Nick Mattey, who described the events as “a cover-up to hide financial wrongdoing”, Ruth Dombey said that she did not discuss the charity’s matters with her mother.

“There is no political interference in this particular organisation,” Ruth Dombey said.

Wales chairs the “independent” Sutton Centre for Voluntary Services committee. It is this committee which decides where the council’s Community Fund grants are awarded.

The Charity Commission also commented that Sutton Seniors Forum, in their 2015 accounts, appeared to convert the unaccounted funds into a “sundry debtor”.

The Commission concluded: “If the connected party relationship played any part in the decision-making at the charity it may be that the trustees also risked the reputation of the charity.”

Nick Mattey has seen at close-hand how Sutton Liberal Democrats insist on secrecy over their deals and activities. Mattey was elected to Sutton Council in 2014 as a LibDem, but was kicked out of the party for whistle-blowing over the Beddington incinerator. 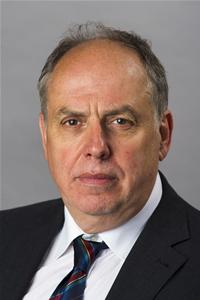 Nick Mattey: when did charity trustess know of the thefts?

Today, Mattey said: “In my opinion the Sutton Seniors Forum trustees need to be removed. If they knew that Alan Salter had been stealing money, did they decide to cover it up? If so, this was wrong and allowed Salter to continue to steal from Carshalton Association for the Elderly.

“The trustees were under an obligation to inform the police and the Charity Commission immediately they suspected something was wrong. They failed to do this.

“If Sutton Liberal Democrats knew that there was an issue with Salter at Sutton Seniors Forum before his arrest, then they conspired to allow him to continue as chairman of the council’s scrutiny committee and as vice-chair of the audit committee, which at the time were responsible for overseeing the South West London Waste Partnership. It beggars belief.

News, views and analysis about the people of Croydon, their lives and political times in the diverse and most-populated borough in London. Based in Croydon and edited by Steven Downes. To contact us, please email inside.croydon@btinternet.com
View all posts by insidecroydon →
This entry was posted in Charity, Crime, Nick Mattey, Ruth Dombey, Sutton Council, Tom Brake MP and tagged Alan Salter, Brenda Dombey, Carshalton Association for the Elderly, Liberal Democrats, Nick Mattey, Ruth Dombey, Sutton Council, Sutton Seniors Forum. Bookmark the permalink.