Croydon Airport wins on the Lottery for Zeppelin war project

Posted on September 12, 2017 by insidecroydon

The Historic Croydon Airport Trust has announced that it has received a National Lottery grant of £9,200 for its “Fighting for Air: The First World War Origins of Croydon Airport” project. 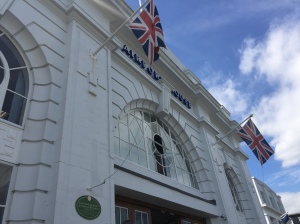 With the money from the Heritage Lottery Fund, the project will promote understanding of how Croydon Airport was developed from two aerodromes, at Beddington and Waddon, as part of the nation’s developing air defences during World War I, when parts of London came under under bombing attacks from Germany’s giant Zeppelin airships.

The project will also commemorate the 1918 opening and work carried out by the local community at the National Aircraft Factory No1, located on the former airport site.

Coinciding with the centenary commemorations of WWI, the project will enable volunteers to research and interpret information on the first war in the air, the implementation of air defences and the long-term impact of the aviation industry on parts of Croydon and Sutton.

It was on October 13, 1915 that a night-time Zeppelin airship raid on Croydon brought devastating consequences for local residents caught in the path of the bombs. The aerodrome at Beddington was built in 1915 to provide a base for fighter planes, intended to defend the skies over London against the Zeppelin raids. 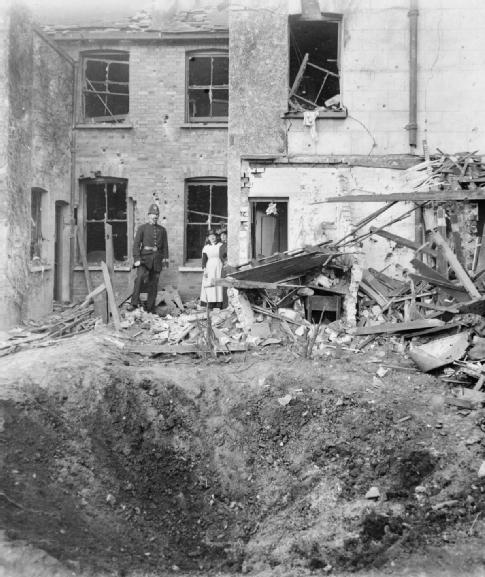 Houses on Leslie Park Road were among the places hit by bombs from the Zeppelin raid on October 13, 1915

Volunteers will investigate the HCAT archives and visit local studies centres as well as the RAF Museum at Colindale. The project will run from next month through to March 2018.

Next spring, some of the information gathered on the airport’s involvement in WWI will form a new display at Croydon Airport Visitor Centre.

The impact of the war and the fledgling aviation industry on the local area will be mapped on the History Pin website and a free heritage map produced. There will also be a series of project-related public events on the World War I in the air.

Zeppelin raids devastated whole houses, including this on Edridge Road, in October 1915

“We are thrilled to receive the support of the Heritage Lottery Fund for this project, thanks to National Lottery players, and look forward to making an important aspect of local, national and international history better known,” said Ian Walker, the chair of Historic Croydon Airport Trust.

“With our small grants programme, we are enabling even more communities like those involved in Fighting for Air to explore the continuing legacy of this conflict and help local young people in particular to broaden their understanding of how it has shaped our modern world.”

Historic Croydon Airport Trust is an independent charity that champions the history and heritage of London Croydon Airport. “Our mission is to help everyone explore how the people, events and innovations at the world’s first modern airport shaped air travel,” they say.

The airport buildings’ enhanced listed status was helped by a £5,000 grant from their Waddon ward councillors

The former Gate Lodge and Terminal Building of the airport were granted Grade II listed building status in 1978. In 2017, the listed status of the former Terminal Building was upgraded in national importance to Grade II* after recommendation by Historic England, supported by evidence researched by the Historic Croydon Airport Trust and a £5,000 grant from Waddon’s Labour councillors’ ward fund.

The former airport played a significant part in both World Wars, the establishment of Britain’s international air transport industry and world-record breaking flights.

The Trust operates the Croydon Airport Visitor Centre micro-museum with a volunteer team from across local communities and is one of the most popular visitor attractions in Croydon (as rated on Trip Advisor). The Croydon Airport Visitor Centre and parts of Airport House are open on the first Sunday of every month and for other special events. For more information about tours and visits, click here.

HCAT also has an archive of more than 100,000 documents and 10,000 images, including audio and video recordings and artefacts.

For more information, or to volunteer to get involved in the Fighting for Air project, contact Debbie Challis on volcoordcas@gmail.com.