Posted on February 8, 2018 by insidecroydon

PERRY MASSON, our court reporter, on an extraordinary turn of events at the Royal Courts of Justice today

Power to the people: Ian Bone, with partner Jane Nicholl at the Royal Courts of Justice today, after facing down legal threat from the Qatari royal family

Ian Bone, the South Norwood pensioner threatened with a High Court injunction by lawyers acting on behalf of the uber-rich Qatari royal family, today emerged from the Royal Courts of Justice on the Strand claiming victory for the common man, freedom of speech and common sense.

Bone stood to pay the Qataris’ legal costs and ultimately risked even losing his home in a dispute over whether he has the right to protest at The Shard.

But in a dramatic turn of events last night, lawyers for the Qataris withdrew the threat of the injunction from a High Court judge.

Instead, Bone only had to appear at the court today to agree not to enter The Shard. “And that is no problem for me,” the working class hero told Inside Croydon exclusively from the saloon bar of the nearby Wig and Pen public house. “Never wanted to go inside that place anyhow.”

Bone, an anarchist and co-founder of the group Class War, had announced last week his intention to protest against the obscenity of 10 apartments in The Shard, each supposed to be worth £50million, standing empty for six years in a city with a chronic homelessness crisis.

Security officials at The Shard, one of the many London properties owned by the oil-rich emirs, raised their serious concerns over the risks posed to their multi-billion-pound operation by the 70-year-old activist, who has to walk with the aid of a stick because of Parkinson’s.

Bone was served with a notice to attend the Royal Courts of Justice earlier this week.

His case quickly became an international cause célèbre, with newspapers in France, Spain and Egypt following up on the story.

In today’s Guardian, columnist Suzanne Moore wrote of Bone: “I adore the man. To me he is the best tabloid journalist this country has ever produced. Provocative, hilarious, scathing… Bone is full of life and fun, someone who monsters the pieties of the left and simply refuses to play any game that involves subservience to the right.” 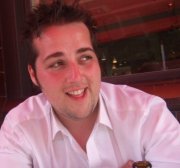 The widespread coverage saw hundreds of pounds donated within hours to a legal fighting fund for Bone, and one respected barrister, Ian Brownhill, contacted the pensioner and offered to conduct his defence, pro bono.

It was not long after lawyers for the Qataris received their first, pre-court case response from Brownhill that they withdrew their application for the injunction.

“This is a great blow for free speech,” Bone said today.

“Someone had to stand up to these people, and I am glad I was able to do that.”

And with that, Bone picked up his walking stick and headed for the door of the pub, to make his way towards London Bridge Station and his Class War protest outside The Shard.