Seven in the running for Norbury and Pollards Hill by-election

Posted on February 19, 2019 by insidecroydon

KEN LEE, our Town Hall reporter, goes through the runners and riders for next month’s council by-election 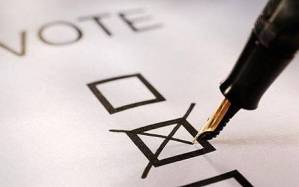 There are to be seven candidates in the Norbury and Pollards Hill ward by-election being staged on March 14, after UKIP and the LibDems, who didn’t bother contesting the ward at the local elections just nine months ago, this time managed to scrape together candidates and the nominees required to get to the start line.

The by-election has been called following the death last month of long-standing Labour councillor Maggie Mansell, with the nominations being released yesterday.

As well as five candidates from established parties, there’s also two independents, though neither are thought to have any thing to do with Chuka Umunna. There are no communist or socialist party candidates, and no Monster Raving Loonies. At least, none who have admitted as much so far. 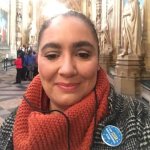 The by-election is expected to be a comfortable Labour win for Leila Ben-Hassel, pictured right, who works as a public realm project manager in the City of London and was selected by her party last week.

The Kippers’ favourite freebie newspaper deliverer, Kathleen “Too Quiet” Garner, has been persuaded to do the rounds of Norbury in the weeks before Brexit day.

In this age of splits and in-party factions, it is perhaps a surprise that none of Garner’s erstwhile colleagues, who quit UKIP because of its growing, formal links to far-right racist Stephen Yaxley-Lennon (not something which concerns Garner, it would seem) have managed to put together a candidate for their Croydon Constitutionalists group.

Thornton Heath resident Guy Burchett, the Liberal Democrat candidate, stood in Crystal Palace and Upper Norwood ward last May, where his party enjoyed its biggest success in the Croydon local elections when one of its candidates finished (an unelected) fourth, ahead of the three Tories.

That, though, wasn’t Burchett, who himself finished eighth with 754 votes – a total he’d probably be glad to get this time around. 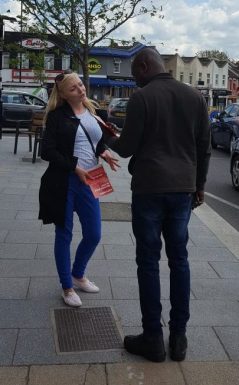 ‘Mom’ and entrepreneur Margaret Rozneska has already been busy canvassing

That experience means he’s probably already familiar with the  Green candidate in Norbury and Pollards Hill, Rachel Chance. Because Chance also ran in Crystal Palace last year, when she finished one place behind Burchett on 706 votes (more than 200 better than managed by her husband, Tom Chance, the high-profile Green activist).

Of the independents, little is known of Mark O’Grady, except that he lives in the ward, while Margaret Roznerska, who lives in Thornton Heath, has already been busy and produced a colourful campaign leaflet.

In her leaflet Roznerska says – with that somewhat arbitrary use of capitalisation that makes the reader think they are being shouted at – that she is a law and management graduate, “LOCAL RESIDENT, an entrepreneur and MOM full of energy!”

Her leaflet shouts that “SHE IS ALWAYS READY TO HELP!”, which is handy for a candidate for the council, and among the “innovative solutions” she says she has to offer the people of Norbury is organising a monthly ward discussion panel (almost all councillors already provide ward surgeries as  a matter of routine) and an email account for people to contact her directly.

For all of the May 2018 council election results in Croydon (in pdf) click here.

For the declaration of candidates for Norbury and Pollards Hill on March 14, click here.

News, views and analysis about the people of Croydon, their lives and political times in the diverse and most-populated borough in London. Based in Croydon and edited by Steven Downes. To contact us, please email inside.croydon@btinternet.com
View all posts by insidecroydon →
This entry was posted in Leila Ben-Hassel, Norbury and tagged Conservative, Green Party, Kathleen Garner, Labour, Leila Ben-Hassel, Liberal Democrats, Norbury, Norbury and Pollards Hill, Tory, UKIP. Bookmark the permalink.