Barwell blamed for Brexit vote chaos on eve of by-election

The chair of Croydon Tories has accused Theresa May of having ‘betrayed’ her party and the country. Political editor WALTER CRONXITE on how the Conservative Party’s deep divisions at Westminster could be demonstrated in today’s Norbury and Pollards Hill council by-election 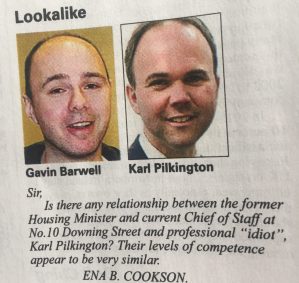 Karl Pilkington (right): in charge of the government, allegedly

Croydon Tories’ usual “get out the vote” operation was thrown into disarray ahead of today’s Norbury and Pollards Hill council by-election, with the chairman of the local party declaring his disgust with the Conservatives’ national “leadership” (we use the word in its loosest sense) over the latest shambolic events in parliament on Brexit.

And with Tory three-line whips being applied to some Brexit amendments in the House of Commons last night, yet being ignored by cabinet ministers and even government whips, inevitably at the centre of the clusterfuck in Downing Street is the master of misrule, gaffe-prone Gavin Barwell.

This morning’s newspaper front pages struggled to express the full extent of the national shambles. Mayhem’s government is in “meltdown” was the theme common to the left-leaning Daily Mirror and Murdoch-owned Times.

Four of Mayhem’s cabinet ministers – David Mundell, Greg Clark, Amber Rudd and David Gauke – abstained in the face of a three-line whip, rather than vote against the amended motion taking no deal off the table. Sarah Newton, a junior minister at the Department for Work and Pensions, voted for the motion, in defiance of the whips, and promptly  resigned.

There’s been so many government resignations of late, even Croydon South MP Chris Philp could get a ministerial position soon. 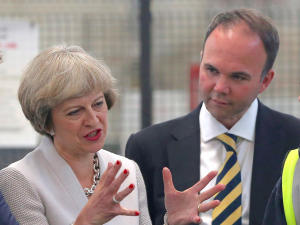 Barwell discusses the size of the problem with the Prime Minister

This morning, BuzzFeed’s political reporter, Alex Wickham, is reporting that the Downing Street aide who had apparently advised cabinet ministers that they could defy the party whip was none other than Barwell, the former Croydon Central MP, now Mayhem’s chief of staff. Sources at No10 say that Barwell – himself a former government whip – denies this.

Thing is, to anyone who has ever encountered gaffe-prone Gav, the chaos among the bitterly divided Conservative MPs at Westminster looks very much to have the finger prints all over it from Remain-supporting Barwell and his “Croydon cronies” in Downing Street.

The Guardian’s summary of last night’s events says, “Throughout yet another neuralgic day of Brexit debate at Westminster, the deep divisions in the Conservative party were again on excruciating display.

“Collective responsibility has long been suspended, as shifting groups of ministers and backbenchers pursue their own favoured Brexit outcome. But the chaotic votes of Wednesday night smacked of a government falling apart.”

Key to this is the feeble leadership of Mayhem – advised by Barwell and former Woolworths Pick ‘n Mix manager Jason Cummings, the deputy leader of Croydon Tories.

This morning, BuzzFeed reported: “Extreme anger both inside and outside government at senior No10 aide who appears to have authorised Remain MPs to break three-line whip.”

All of which is very bad news for the election hopes (if she had any, which seems most unlikely) of Tirena Gunter, the Conservative Party candidate in the Norbury and Pollards Hill council by-election being staged in Croydon today.

Gunter is one of seven standing today in a by-election caused by the sudden death earlier this year of long-standing Labour councillor Maggie Mansell.

Labour’s candidate, Leila Ben-Hassel, is expected to enjoy at least a convincing victory, after a short campaign in which the expected nearest challengers, the increasingly demoralised Conservatives, have been low-key at best.

That is liable to be even worse today, with the chairman of the Croydon Conservative Federation, Stewart, declaring that he will have nothing further to do with his party’s campaigns as long as Mayhem is the party leader.

The chair of the local party is usually a key figure in organising election day turn-out and helping to rally the troops.

But this morning, Stewart “downed tools”, as he declared on Twitter, “On Tuesday night Theresa May betrayed her party, manifesto and voters with her No Deal motion.

“On Wednesday, chaos as Parliament betrayed the People, damaging our democracy.

“No idea what happens next, but clear I (and many others) can’t support the Conservatives with May as leader.” 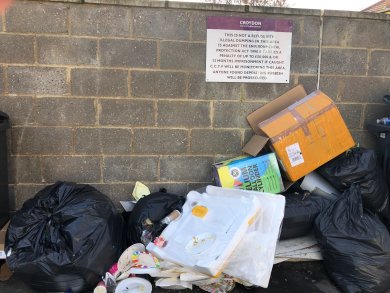 Few local issues are expected to influence voters in today’s by-election, apart from the state of our streets

Asked whether this means Stewart will be refusing to help the Tory campaign in Norbury today, he said, “Correct.

“I’ll support my friends in their campaigns, but I’m otherwise out until May goes.”

It is noteworthy that Stewart has not resigned from the Conservative Party, nor his position as the local party chair. With Brexit-backing Mario Creatura recently installed as the Tories’ prospective parliamentary candidate in Croydon Central, there is a view that the Conservatives are shifting increasing to the far-right, many of them, like Farage-friendly Stewart, hanging around for the opportunity to try to get a Brexiteer elected as their next Tory leader.

That is likely to have consequences, too, for the Conservative leadership in Croydon, where more moderate councillors, such as Tim Pollard and Jason Cummings, currently hold sway. 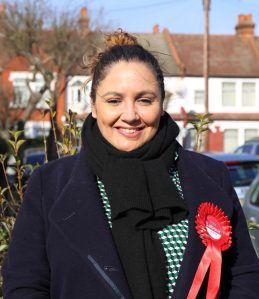 On a day of indifferent weather conditions, making even a modest voter turn-out unlikely, it might be wrong to read too much into the eventual Tory poll tally.

But fly-tips aside, it seems unlikely that many voters will be putting their X in the the box based on anything other than the current national crisis.

With the recent trend for “independent” groups, and Chuka Umunna’s Streatham constituency geographically so close, the presence of two separate independents on the Norbury ballot paper today may have a bigger influence on the election outcome than usual.

Neither Margaret Roznerska nor Mark O’Grady have any published connection to Umunna’s ego-trippers, though off the back of the indy publicity, they could still attract as much as 10 per cent of the Norbury votes between them – perhaps in total matching the Green candidate, Rachel Chance.

This is the 20th safest ward seat for Labour in the whole of Croydon, where Labour’s Ben-Hassel ought to get two-thirds of all votes cast. Anything less than 25 per cent for the Tories will show the impact of Stewart’s petulant outburst. The size of UKIP’s vote for Kathleen Garner may also be indicative of whether this Remain-supporting ward has moved to favour leaving the European Union.

The seventh candidate in Norbury and Pollards Hill is LibDem Guy Burchett, who was last seen having a rally of his supporters in a telephone box on London Road.

News, views and analysis about the people of Croydon, their lives and political times in the diverse and most-populated borough in London. Based in Croydon and edited by Steven Downes. To contact us, please email inside.croydon@btinternet.com
View all posts by insidecroydon →
This entry was posted in Gavin Barwell, Leila Ben-Hassel, Maggie Mansell, Norbury and tagged Barwell, Conservative, Croydon, Croydon Central, Croydon Council, Gavin Barwell, Labour, Leila Ben-Hassel, Liberal Democrats, London Borough of Croydon, Norbury, Norbury and Pollards Hill, Tory, UKIP. Bookmark the permalink.