Posted on November 9, 2019 by insidecroydon

Teal flying over the wetlands at Beddington. Photos by Peter Alfrey

The cold fingers of winter might be touching us as we head into November, but as local naturalist PETER ALFREY observes, the wildlife sanctuary at Beddington Farmlands is full of life

Following lots of rain and the recent habitat improvements carried out by Viridor, Beddington Farmlands has been transformed into a huge wetland with more than 200 teal on 100 acre lake this week. 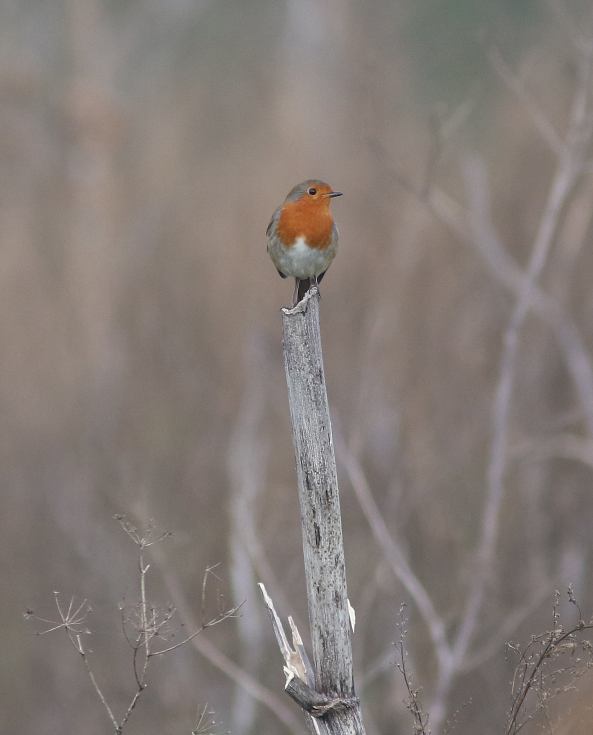 It’s beginning to feel a lot like Christmas at Beddington Farmlands. One of the many robins spotted by Peter Alfrey this week 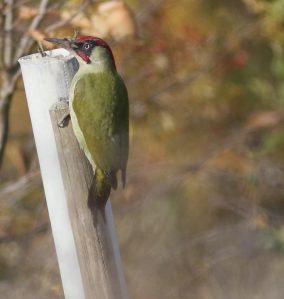 There were at least 60 bird species counted, including robins, stonechats, green woodpecker, reed bunting, and the teal.

There’s also the ringed parakeets that flock together and come in to roost overnight.

Beddington Farmlands is a 400-acre site in the coreland of the wider Wandle Valley Regional Park.

Much of the area was previously used for landfill but slowly, the habitat is being improved and made more attractive for birds and other wildlife.

Beddington Farmlands is an important area for wildlife and is classified a Site of Importance for Nature Conservation and Metropolitan Open Land (equivalent of Green Belt within an urban area).

The site is being restored into a mosaic of important habitats for wildlife ahead of the development of a flagship nature reserve for people and nature.

A bird group keeps a record of the sightings that they make, and now, gradually, the site is opening up for public access.

A permitted footpath runs south from Mitcham Common along the western edge of Beddington Farmlands to Beddington Park to the south, and allows restricted viewing over the North Lake.

The footpath can be accessed in the north from the A237 just south of the Mitcham Junction Tram stop, in the south at Beddington Park in Hackbridge (near the park entrance, opposite Elmwood Close), and also from Mile Road Bridge in Hackbridge (near Furlong Close).

Foxes are active in broad daylight around Beddington Farmlands

The closest entrance to the North Lake is Mile Road Bridge. To view the North Lake, walk northwards from the bridge until the lake appears on your right.

Trains runs between London Victoria and Sutton every 30 mins, stopping at Hackbridge. The London Tramlink runs from Wimbledon to New Addington.

For more information about Beddington Farmlands, visit the website here.

News, views and analysis about the people of Croydon, their lives and political times in the diverse and most-populated borough in London. Based in Croydon and edited by Steven Downes. To contact us, please email inside.croydon@btinternet.com
View all posts by insidecroydon →
This entry was posted in Environment, Peter Alfrey, Waste incinerator, Wildlife and tagged Beddington Farmlands, Beddington Lane incinerator, Peter Alfrey, Viridor. Bookmark the permalink.