Posted on September 24, 2012 by insidecroydon

The continuing claims of Croydon’s leading political figures that they really do avoid any potential conflicts of interest with their outside appointments are starting to ring ever more hollow, after it emerged that one Conservative councillor has left the Town Hall planning committees, apparently because of her day job.

Trebles all-round: Clare George-Hilley, the Conservative councillor who sat on the Croydon Council planning committees while working as a building industry lobbyist, pictured here with Boris Johnson and her husband, Steven George-Hilley

Clare George-Hilley, the former reality TV “star” turned Tory councillor for the marginal Waddon ward, was appointed to the  important planning and strategic planning committees shortly after she was re-elected in May 2010.

As Inside Croydon reported in March 2011, in  addition to her busy schedule trying to organise the troublesome Tory youth wing and collecting her allowances as a Croydon councillor, after becoming a member of the council’s planning committees, Hilley also managed to get herself a job at HardHat, a swanky West End PR company that specialises in lobbying for the construction industry.

There is no suggestion that Hilley got her job because of her role as a Croydon councillor with a position on its planning committees. 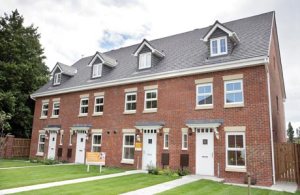 HardHat Communications’ clients include some of the biggest names in the building business: Barratt Homes, Redrow, Bellway, Taylor Wimpey and Crest Nicholson, among others.

On its own website, HardHat offers wide-ranging influence on planning matters: “Our reputation was established through delivering success in planning,” they claim.

“Our expertise in the ‘politics of planning’ means we can offer the most effective strategic and tactical advice to secure land and planning permissions. As an integral part of your development team to providing political counsel, communicating with residents and key stakeholders and engaging with decision makers.”

When Inside Croydon had the bare-faced audacity to suggest that this might just present some potential conflicts of interest for the Waddon councillor, instead of responding to the points made, Hilley instead turned to the lawyers at the famous libel firm, Peter Carter Ruck. Carter Ruck are notorious for their legal battles with a number of publications, including Private Eye. A single threatening letter from this firm of lawyers can cost more than £1,000, plus VAT.

Inside Croydon refused to be bullied in this way for publishing what we saw as fair comment on a matter of genuine public interest. We received more than one letter from Carter Ruck, who eventually accepted our position and withdrew their threats of action.

In their correspondence to us, Hilley’s lawyers said that “there are clear rules in the Council’s Code of Conduct regarding the registration and declaration of interests and the need where appropriate to withdraw from meetings”. Their client, they said, “assured Inside Croydon that she has at all times adhered to the Code and will continue to do so”.

The Croydon Council Code of Conduct is an interesting document. Issued to all councillors, it requires them to “have regard to the following principles – selflessness, integrity, objectivity, accountability, openness, honesty, leadership and undertake to observe this Code when acting in your capacity as a member”.

Unusually for an official Croydon Council publication, the language used is clear and unambiguous. The Code of Conduct says, “When acting in your capacity as a member…   you must act solely in the public interest and should never improperly confer an advantage or disadvantage on any person or act to gain financial or other material benefits for yourself, your family, a friend or close associate”. The italics are ours, for emphasis.

Also, the Code requires of councillors that, “When carrying out your public duties you must make all choices, such as making public appointments, determining applications, awarding contracts or recommending individuals for rewards or benefits, on merit”.

It also says to councillors: “You are accountable for your decisions to the public”.

And the council’s Code says that, “You must not place yourself under a financial or other obligation to outside individuals or organisations that might seek to influence you in the performance of your official duties.” 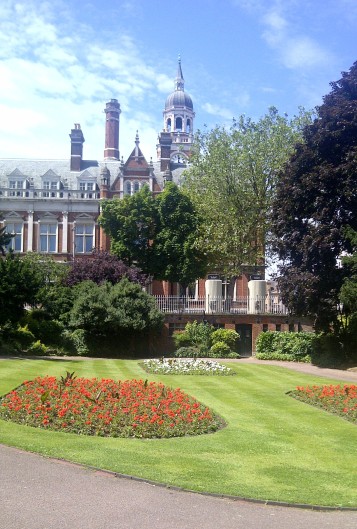 Yet through a Freedom of Information Act request to the council, we have uncovered that Hilley left the planning and strategic planning committees after complaints were made about potential conflicts of interest – to the local Conservative party.

Inside Croydon has seen correspondence which was copied to both Mike Fisher, the leader of the ruling Conservative group on the council, and Jon Rouse, the council’s chief executive, in which David Osland, the chairman of the planning committee, wrote to Terry Lenton, the council Tory group’s Whip.

In his email, Osland says that he had received correspondence forwarded from Ian Parker, who as well as a councillor is also the local Tory party’s election agent.

“The bottom line is,” Osland wrote, naming the originator of the correspondence (which has been redacted from the documents provided to Inside Croydon), “believes that Clare should not be on planning committee as her job means she cannot be impartial.”

The original email of complaint is omitted from the file, but in a second mail, dated July 12, 2011 to Osland, the complainant wrote: “You say that Councillor Hilley does not work on any planning matters affecting Croydon Borough – I assume that means on behalf of her employer, otherwise there would be no point her being on the planning committee.

“I can’t accept that this solves the problem. Without doubt clients of her employer will make applications to Croydon Council and she would be ineligible to take any part in discussions or to vote on those applications because she would be unable to oppose them, otherwise she would be dismissed from her job. her clients are in a position to put massive pressure on her either direct or through her employer.

“As her employer represents a large chunk of the British building industry, that means she is unable to play a proper role in the planning committee or to freely represent her constituents.

“It cannot be in the slightest appropriate [sic] that a building industry lobbyist should be a member of the planning committee. This is a major, and potentially disastrous, conflict of interest.

“At some point, it will come back to haunt her and the council. I really feel she should take the honourable course and stand down from the committee of her own free will, but I might be prepared to accept an undertaking from her not to take part in any planning committee proceedings that involve any Hard Hat Communications clients.” 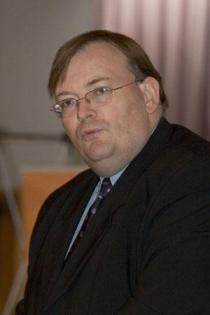 According to the council documents, Hilley was also interviewed by Osland and another councillor prior to a Conservative group meeting after the complaint had been received.

Within months, Hilley was no longer a member of the Croydon Council planning or strategic planning committees.

If Hilley’s position on the planning committees was belatedly determined to be untenable, given Croydon’s desire to see homes for 17,000 people built in the borough in the next few years, the strictures of the Code of Conduct suggest it must be extremely difficult for her to maintain her position as a Waddon councillor while also working for HardHat.

Inside Croydon has contacted both Hilley and her political boss, Mike Fisher, to offer them an opportunity to comment.

We asked Councillor George-Hilley whether she stood down willingly from these committee responsibilities, and to explain why she had not removed herself from consideration for these roles on the planning committees when she first took up her job with HardHat PR.

We asked the Leader of the Council whether it was an example of very poor judgement on his behalf to appoint to the planning committees someone who works as a construction industry lobbyist, and why it took him almost two years to rectify the situation.

At time of publication, neither had responded to our questions.

So much for the requirement in the Croydon Council Code of Conduct that says that councillors “are accountable for your decisions to the public”.