The move by Croydon Council to take over the running of the Fairfield Halls has thrown a supertrouper spotlight on some of the interests, and potential conflicts of interest, of leading members of the borough’s Establishment. 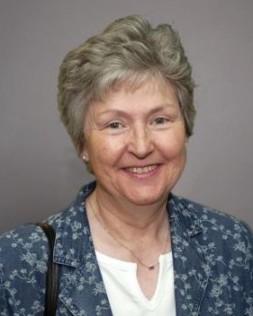 Margaret Mead: councillor for Heathfield ward, and one half of Croydon’s First Couple

After all, with senior members of Croydon Council deciding to spend millions of pounds of public money on a particular project or venue, it would be good to know that the decisions are being reached in the best interests of all the people of the borough.

The Favoured Halls’ tired schedule of professional wrestling, old-wave comics, trite tribute acts and stale spin-offs from second-rate television shows may not yet have managed to include a stage play version of the 1970s sit-com Terry and June.

Were they to do so, the casting director would have to look no further for the show’s stars than the Town Hall front bench of the Conservatives who run our council: Ladies and Gennelmen! We give you … Dudley and Margaret Mead.

Both are former Mayors of Croydon. Dudley has been on the council since 1980, is a former leader of the Conservative group on the council, and today is Mike Fisher’s deputy leader.

Both Dudley and Margaret are in the cabinet in Croydon’s Tory-run council (Dudley with the key role in charge of “capital budget”). With both of them in the cabinet, their household receives more than £90,000 a year in councillor allowances. It also means that when, last week, the cabinet met in secret to discuss the future of the Fairfield Halls, the Meads between them held one-fifth of the votes available when it came to decide whether Croydon Council should bail out the arts centre with millions of pounds of public cash.

The Meads appear to have a finger-in-all-the-pies approach to public life. Let’s have a look at what the Meads declare officially as their “interests”.

And then compare that with what they have failed to declare.

Council register of interests
Croydon Council is required, by the Localism Act 2011, to establish and maintain a Register of Member’s Interests. The register has now been established and is maintained by the monitoring officer.

Margaret Mead makes the same declaration noting that she has a beneficial interest in King Mead & Co; Sponsorship: the Conservative Party; has an interest in four properties at four different addresses.

Notice also that under “gifts and hospitality”, both Dudley and Margaret Mead’s forms have been left blank. Not a single dinner or lunch as guest of an organisation, such as the Whitgift Foundation, or a business, such as Westfield, and never a pair of tickets for the theatre or to a concert has been received by the couple. Are they really that unpopular? 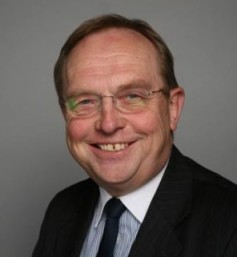 Dudley Mead: nothing to declare but his genius for directorships and apparent conflicts of interest?

So that’s what they have put on the record.

But what about what they have not listed with the council?

Inside Croydon conducted a simple Companies House search of directorships, so this is information that is firmly in the public domain. Yet it does not appear to have been included in the Meads’ council declarations. Did they forget to include it? If they excluded these interests from their declarations deliberately, then why?

Some of the positions we have uncovered involve charities, and probably take up considerable time and effort by the Meads. This alone, though, is no excuse for not declaring the interests.

According to official guidance for councillors, the current code “requires you to register and update specific financial and other interests within 28 days of election or co-option to the council. The relevant interests include the name of your employer, land ownership, business interests … and your membership and positions of management in other organisations such as charities, trade unions and political parties”. That’s pretty all-embracing, we’d suggest.

The Nolan Report, from the Committee on Standards in Public Life, also sets out expectations of all public officials, in terms of integrity, objectivity, openness, and on honesty: “holders of public interest have a duty to declare any private interests relating to their public duties and to take steps to resolve any arising conflicts in a way that protects the public interest”. 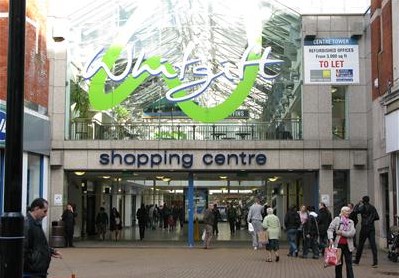 The Whitgift Centre, which is subject to plans for a £1bn makeover by Hammerson and Westfield: the freehold is owned by the Whitgift Foundation, where Councillor Dudley Mead has several interests – none of which appear to have been declared with the council

Our list of interests outlined here may not, in any case, be complete. There might even be other financial and preferential interests held by Mr and Mrs Mead that are not listed below.

The Garwood Foundation
This is a charity, with homes, property and charity shops in South Croydon and Coulsdon, operating for the benefit of disabled children and adults. According to its 2011 annual report (the 2012 report has yet to be posted on its website) it has reserves of £3.3 million, with an income that year of £2.4 million, an amount which matches its out-goings on its school and homes.

The annual report lists as the chairman of its trustees: Dudley Sharrat Mead.

Croydon CP Trading Ltd
This is the Trading arm of the Garwood Foundation. Dudley Mead is listed as  a director.

Fairfield (Croydon) Ltd
This is the company which operates and manages the Fairfield Halls, and receives from Croydon Council nearly £1 million a year in grants towards its operating costs, and is to have £27 million-worth of capital rebuilding works paid for by the council.

According to documents at Companies House, the chairman of this company is DS Mead.

Dudley Mead is also listed as being the chairman of the audit committee of Fairfield (Croydon) Ltd.

There is no reference to these positions in Mead’s declarations to Croydon Council. 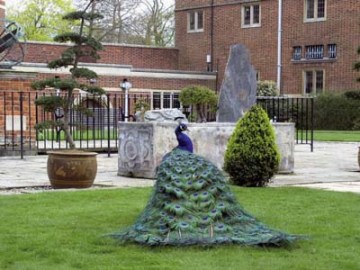 The quad at Whitgift School: it is not known whether the peacocks come under the Foundation’s “charitable activities”

The Whitgift Foundation is possibly the biggest property owner in the borough. It owns the freehold of the Whitgift Centre, the subject of a £1billion redevelopment scheme by Hammerson and Westfield.

The Foundation also operates some thriving and prosperous independent schools in the borough – including the £15,000-a-year Whitgift School, with its prized collection of peacocks and wallabies in the grounds – and it also provides sheltered housing for the elderly.

According to financial reports lodged with the Charity Commission (the 2011 annual report, the most recent available), the Whitgift Foundation’s assets amount to more than £220million, with an annual income of £45.7 million. In 2011, it spent £44.7million on “charitable activities”.

According to the Whitgift Foundation’s own public records, “Cllr D Mead” is a trustees of the Foundation’s Finance and Administration Committee.

Dudley Mead is an Old Boy of Trinity School, in common with retired judge William Barnett, who was paid £35,000 for chairing Croydon Council’s inquiry into the 2011 rioting in the borough, and another Old Mid-Whitgiftian, Gavin Barwell, the Conservative MP for Croydon Central. Barnett and Barwell both sit with Mead on a number of Foundation-linked bodies.

The Whitgift Foundation has several sub-committees and working groups that help run the organisation. These include:

There is no reference to these positions in Dudley or Margaret Mead’s declarations to Croydon Council.

Whitgift Construction CIC
This appears to be a shell company, with few assets or trading record. It was incorporated in November 2010.
Director: Dudley Mead

Henry John Strong Pensions
Registered address at the Whitgift Foundation’s offices in North End, this is a small charity intended to disburse pensions to retired CofE churchmen. According to the Charity Commission records, it appears to receive around £2,000 per year, and pays out… nothing.
Director: Dudley Mead

According to Trinity School, “The London Mozart Players coach our 1st Orchestra”.

According to Whitgift School, the Whitgift Chamber Orchestra “has frequently performed with the London Mozart Players”.

Until July 2010, Dudley Mead was a member of the board of the London Mozart Players. He resigned that position because the Croydon borough solicitor, the Town Hall’s most senior lawyer and the person supposed to uphold matters of conduct among councillors and council staff, said that there was a conflict of interest.

The Croydon Almshouse and Relief In Need Charities
This claims to be Croydon’s oldest charity, having been established in 1447. It operates sheltered housing on Duppas Hill.

So there we have it. The Meads are clearly busy, busy, busy.

Little wonder that, as Croydon’s First Couple moved into their golden years, the Meads opted to downsize from their large house on the Whitgift Estate. With all their committees and directorships, never mind the council work they are supposed to do for their annual allowances of £90,000, they probably never have any spare time to enjoy their lovely home, let alone fit in a decent round of golf.

But it seems odd that neither of them remembered to list any of those worthy, charitable works and interests, the directorships and committee memberships with the likes of the Whitgift Foundation, the private schools, and with the Fairfield Halls, on the official register with the council. Do you think they forgot?