Croydon Council has refused permission for a community group in South Norwood to stage a re-naming ceremony of a local beauty spot, an event to which locals had invited BBC television’s Sherlock, Benedict Cumberbatch, to attend as guest of honour. 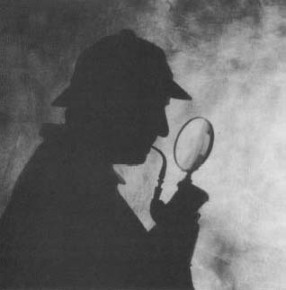 The South Norwood Tourist Board wants to stage the naming ceremony on February 1, to re-title a lake in a local park as Lake Conan Doyle – after the Sherlock Holmes creator, author Sir Arthur Conan Doyle, who used to live in the area.

But Croydon Council’s “head of public safety”, Tony Brooks, has vetoed the event.

Brooks will also have been involved with arranging for ex-squaddies from a firm of private contractors to patrol the town centre, handing out summary fines for minor offences, all on commission. Even though the company originally hired to do the job was in administration.

And Brooks was the man in charge of public safety on August 8, 2011, the day that rioting broke out across the borough.

Brooks says that the Lake Conan Doyle event cannot go ahead because Phil “Two Permits” Thomas, the council cabinet member responsible for the borough’s parks, does not know about it. This, of course, cannot be true, because Thomas is well-known to be a regular reader of Inside Croydon.

Brooks, a former police officer, has written to Paul Scott, a local Woodside ward councillor, saying, “I have advised that we are not in a position to give permission for the event to take place until I can satisfy our elected members and the Cabinet Member with responsibility for parks, that the necessary consultation has been conducted. I have also advised them that the Cabinet Member was not aware and would need to sanction any such event should it eventually take place…

“I have advised the Parks team to send a letter to the organisers indicating that we are not approving the event…  In the meantime we will start the discussions with the cabinet member and look to conduct consultations to add to those already done, when I will be in a position to advise the Cabinet Member.”

It appears that the control freaks at Croydon’s Conservative-run council have a problem in embracing the national Tory policy of localism.

Brooks, with more than 30 years’ experience in the police, including working in the often controversial Territorial Support Group, was appointed by Croydon Council in 2009 on the watch of the then Tory councillor … cue drum roll … Gavin Barwell.

At the time of Brooks’ appointment, Barwell said, “Tony has a strong track record in responding to the concerns of local communities, and tackling crime and anti-social behaviour, so I’m really pleased to welcome him to our borough…

“Tackling crime is our top priority and we think Tony will work extremely well with our partners in the police,” Barwell said four years ago. Before the Croydon riots.

Today, a spokesperson for the South Norwood Tourist Board reacted to Brooks’ decision to ban their re-naming ceremony by saying, “Words fail us.

“But the ceremony will go ahead.”