Ex-EastEnder makes song and dance of it at Ashcroft Theatre

Posted on February 1, 2016 by insidecroydon

Cheryl Fergison will star in the world premiere of Carnival Dreams – The Musical at the Ashcroft Theatre from Wednesday this week until to Saturday, February 6. 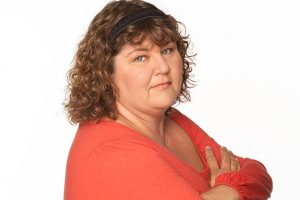 Being a theatre show staged at the Fairfield Halls, the posters inevitably mention “from TV’s EastEnders” in the front-of-house when referring to Fergison, whose Heather Trott character was killed off from the BBC soap in 2012.

Fergison’s other credits include a host of other television appearances, including Little Britain, and The IT Crowd.

But she is also an experienced stage actress and has appeared in the West End and with the Royal Shakespeare Company.

Carnival Dreams is a new musical with book and lyrics by Norman Mark and music by Robert Orledge. Set in Argentina where a small community dance group is preparing for the Carnival’s annual Samba competition, the story marries the vibrancy of Carnival with a strong social message.

In the piece, former dance champion Andre tries to instill a passion to succeed but senior dance tutor Jose’s bullying and bigotry does little to raise morale. A Bible-quoting misogynist who physically and mentally abuses his wife Teresa, Jose delights in trying to humiliate the flamboyantly camp drag queen Carmen and is determined to quash the growing romance between his daughter Cristina and Duarte, whose only crime is the colour of his skin.

When the embittered Maria persuades Teresa and Cristina to escape Jose’s clutches, a tragedy unfolds. Can the dance troupe survive against this adversity?

This new musical will be directed by Andrew Lynford, who also made his name in EastEnders, playing Simon Raymond.

Carnival Dreams the Musical runs at the Ashcroft Theatre from Wednesday, February  3 to Saturday February 6, evenings at 7.30pm with Thursday and Saturday matinees at 2.30pm. Box Office: 020 8688 9291.

After this initial run, the producers intend to tour and hopefully launch a London production.

News, views and analysis about the people of Croydon, their lives and political times in the diverse and most-populated borough in London. Based in Croydon and edited by Steven Downes. To contact us, please email inside.croydon@btinternet.com
View all posts by insidecroydon →
This entry was posted in Art, Ashcroft Theatre, Dance, Fairfield Halls, Music, Theatre and tagged Ashcroft Theatre, Cheryl Fergison, Fairfield Halls. Bookmark the permalink.