Tory candidate’s church is under police investigation for fraud

Posted on November 4, 2019 by insidecroydon

Inside Croydon has confirmed that the locally based evangelical church SPAC Nation is under investigation for fraud.

Tory candidate Jayde Edwards is a prominent member of the SPAC Nation, which is subject to a fraud investigation

Her campaign has received much support from her fellow church-goers.

The Metropolitan Police’s Fraud Squad is investigating complaints about the activities of members of SPAC Nation over business start-up loans.

Inside Croydon has been further advised that a large multi-national bank also has an on-going investigation into a pattern of loan applications for small businesses, where the loans may have been taken out by members of SPAC Nation.

There is no suggestion, at this stage, that Edwards herself has been involved in any questionable loan applications.

SPAC – which stands for Salvation Proclaimers Anointed Church – is run by a former property investor Tobi Adegboyega. “Bling-loving” Adegboyega, who styles himself “pastor”, lives in a £2.5million mansion, with its own swimming pool, on a private estate in the Shirley Hills.

The church also runs more than 20 refuge houses around London for young people involved in knife crime, drugs and gangs.

Last year it raised £1.17million from “Tithes and Offerings”, according to the church’s own accounts.

SPAC Nation is registered as a charity.

SPAC Nation is subject on social media to a range of wide-ranging accusations and allegations made by former members of the cult-like church.

Croydon Tories have been engaging with SPAC Nation over several years. Here, former MP, ‘Baron’ Gavin Barwell is at one of their meetings, with ‘Pastor’ Tobi Adegboyega far right

Some of the allegations are lurid, but one which recurs regularly is that SPAC Nation is involved in some form of money-laundering.

Recordings have been posted on social medai which appear to show church elder talking to a member of the church, encouraging them to fill in an application form for thousands of pounds in a start-up business loan from a bank. The elder tells the church member that they will receive the money but will default on the loan.

There is also in existence images from a WhatsApp group discussion in which a church leader writes to a newcomer, “So we open and create a business for use after that’s done we get you a business overdraft at HSBC and the whole process takes two to three weeks.

“This is what we do to sow seed bro.”

Another WhatsApp discussion appears to involve James Musah, who describes himself as “an evangelist at SPAC Nation”, and who admits that previously he was “an average under-achieving teenager from Brixton that was heavily involved in fraud”.

In June this year, he was messaging a new church member: “Good afternoon Mate. My name is James. I got your number from **** in regards about opening a business account. I was told to send you the link for you to fill out the form.

“Just want to say thank you once again.”

One of the WhatsApp messages which are said to be part of a fraud investigation. This shows how young members of SPAC Nation are groomed and encouraged to take out a start-up loan

With dozens of new young people joining the church each month, a loan application from any one of them will be received by a bank without setting off any metaphorical alarm bells. Few church newcomers will have an adverse credit history, nor will the bank have any record of them being connected to any organisation which had serially defaulted on tens of thousands of pounds of loans.

Earlier this year, SPAC Nation announced that it would itself be distributing £100,000 to young entrepreneurs wishing to start up in business.

And Adegboyega has said that, as well as making money from property investments, SPAC Nation has also worked with its members to establish businesses. “We operate as a micro-economy to look after each other because as black men, we have to work three times as hard to succeed,” he said.

But today, a SPAC Nation spokesman responding to Inside Croydon’s questions about the fraud investigation, said, “SPAC Nation as a church has not been involved in any alleged start-up business loans.” Which, of course, is entirely the case if individual church members submit loan applications under their own names, on their own behalf, and not in the name of the church.

Daniel Ogoloma, who also styles himself as “pastor”, said, “The allegations of fraud by members of the church, which are based on rumours between friends and former friends on social media, is not credible enough for us to comment on.”

In an email sent at 1.45am today, Ogoloma said that the church “will refrain from commenting on gossip”. 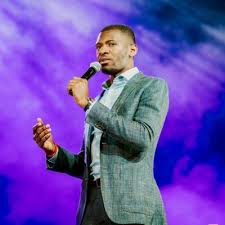 Daniel Ogoloma: ‘We can’t monitor all members of our congregation’

He added: “We as a church cannot monitor every member of a congregation of over 1,000 people with 200 leaders. If there are any credible facts and names brought to our attention, we will address these accordingly. If any leader or member is to be questioned by the authorities we will encourage such member to co-operate with the authorities according to the law.

“SPAC Nation as a church does not have any loan with any bank or any person. We are 100per cent against any fraud or illegal activity.

“We as a church do not condone any violence, we have and still do continue to work with the police to stop youth violence, especially in the area of Croydon where we have helped to retrieve a number of knives from former offenders to then hand over to the police.”

And as far as the suggestion that SPAC Nation operates in a cult-like manner, grooming and domineering its young members, many of them isolated and vulnerable, Ogoloma wrote: “In regards to any commentary of ‘cult-like’ behaviour [made] by former members, these people are free to express their views as to their experience in SPAC Nation.

“But we also take into consideration the many people who have come to SPAC over the years who speak highly of the positive impact it has made on them.

“We will not engage in tabloid gossip and speculations.”

Fairfield ward election candidate Jayde Edwards did not respond to Inside Croydon’s requests to put further questions to her about her conduct and SPAC Nation.

But with the police investigation happening so close to the Fairfield by-election and next month’s General Election – where Croydon Central Tory candidate Mario Creatura was doubtless hoping to have the help of a gang of SPAC Nation volunteers – there is growing concern among senior members of the local Conservative Party of the ever-closer association with SPAC Nation.

“As the pro-business party of law and order, it amazes me that the local leadership continue to associate with this group,” said one long-standing Tory member.

“The election will be over shortly, but if an investigation finds evidence of criminal conduct, the damage to the party will linger much longer, perhaps indefinitely.”

The Fairfield council by-election is on Nvoember 7.

News, views and analysis about the people of Croydon, their lives and political times in the diverse and most-populated borough in London. Based in Croydon and edited by Steven Downes. To contact us, please email inside.croydon@btinternet.com
View all posts by insidecroydon →
This entry was posted in Business, Church and religions, Crime, Fairfield, Gavin Barwell, Mario Creatura and tagged Conservative, Croydon Central, Fairfield, Jayde Edwards, SPAC Nation, Tobi Adeboyega, Tory. Bookmark the permalink.