Council £166,000 payments to staff are ‘rewards for failure’

Posted on December 13, 2018 by insidecroydon 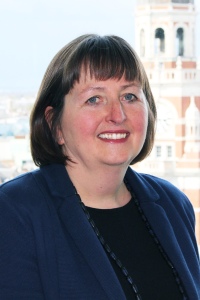 Barbara Peacock: council refused to say how much she received in severance pay

In the past three years, cash-strapped Croydon Council has made “golden goodbye” payments totalling £166,994.88 to just six senior members of council staff who have left their jobs.

The top pay-out to one lucky ex-Croydon employee was a whopping £58,000.

That’s according to a Freedom of Information response to Inside Croydon’s loyal reader.

The Labour-run council was most reluctant to answer an important question of obvious public interest, and they took nearly five months to provide the information requested on discretionary payments made above contractual requirements on redundancy or termination of any employee.

Only when the information request was reduced in scope to cover the council’s best-paid officials did the council offer up any details.

The response therefore covers Tier 1 staff (such as the CEO, executive directors and directors) and Tier 2 staff (heads of service and certain senior staff in Croydon Special Range graded posts who report to directors).

The council response stated that “A total of 18 employees designated Chief Officers have left Croydon over the last 36 months. Of these, there were six payments made above normal contractual limits.”

The payments were listed by the council as:

The council has refused to identify the dates when the payments were made, or which ex-staffers got the golden handshakes. 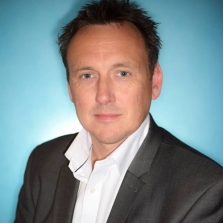 Graham ‘The Godfather’ Cadle: council refused to say how much he received in severance pay

We do know that in the period that the FoI covered, among those senior council figures in the appropriate grades to depart has been Graham “The Godfather” Cadle, the sometime assistant chief executive at the council who managed to get away with putting a family friend on a day rate of £787 without voluntarily declaring their relationship.

The crisis in the council’s Children’s Services department has seen at least three senior officials leave the council somewhat abruptly since July 2017. Generous payments to any one of them would be open to criticism as a “reward for failure”.

In May this year, Barbara Peacock, the council’s £170,000 per year exec director responsible for the department at the time of the damning Ofsted report, was said to be leaving her job as a result of “restructuring”. Originally appointed to her post by Jo Negrini, the council CEO, there is some speculation that Peacock may have been the recipient of one of the larger pay-offs.

“The council administration is using confidentiality to hide which individuals got these generous severance payments,” a senior councillor told Inside Croydon today.

“But as well as hiding the recipients’ identities, this helps to hide the fact that Jo Negrini and the council’s leadership is paying out huge amounts of public money as rewards for failure.

“And they don’t want to be held accountable for that.”

News, views and analysis about the people of Croydon, their lives and political times in the diverse and most-populated borough in London. Based in Croydon and edited by Steven Downes. To contact us, please email inside.croydon@btinternet.com
View all posts by insidecroydon →
This entry was posted in Barbara Peacock, Children's Services, Croydon Council, Graham Cadle, Jo Negrini and tagged Barbara Peacock, Croydon Council, Graham Cadle, Jo Negrini, Labour, London Borough of Croydon. Bookmark the permalink.