Posted on January 8, 2019 by insidecroydon 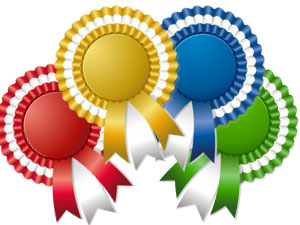 A much bigger survey than usual  of London voters by YouGov, as part of their mega 25,000-people national poll (funded by something calling itself “The People’s Vote”), suggests that gobby fac totum Mario Creatura really might have a chance of winning back Croydon Central for the Tories in any snap General Election this spring.

Given the chaos and carnage going on at Westminster in Prime Minister Theresa Mayhem’s Conservative Party, these latest poll results are startling, and very bad news for Jeremy Corbyn and London Labour MPs like Sarah Jones.

According to the poll findings, if a General Election was to be held now, it would see Croydon South Conservative MP Chris Philp increase his majority from 11,406 to more than 27,500. Labour wouldn’t even manage to finish second in that constituency.

Queen Mary College at the University of London and YouGov had conducted some polling previously which had suggested Labour slipping back from its spectacular 54.5 per cent Greater London vote share in the 2017 General Election, when many Remain-minded Londoners (with the exception of those in the parts of south-west London which are orange-tinged) saw Labour as the most convenient anti-Brexit choice.

But this latest polling suggest that the divisions over Brexit tactics within the Labour Party, as seen daily in straight out conflict on social media between MPs, Ministers and activists, is eating away at support in the capital. The erosion of support, according to the big poll, is such that Labour’s vote will be pegged back to levels last seen locally in 2010 – when the Blairite government of the previous 13 years had passed its “Best Before” date.

Lambeth South’s Progress MP, Steve Reed OBE, has sought to have his two penn’orth on the Labour Party’s policy on Brexit

Even the funding of this mega poll by “The People’s Vote” campaign is itself a subject of dispute on the left.

More than 2,500 Londoners were surveyed, and according to the pollsters, Labour is now on 35 per cent in the capital, and trail Conservatives by 5 per cent.

That huge 13.2 per cent swing would see Creatura beat Labour’s Jones by more than 9,000 votes. 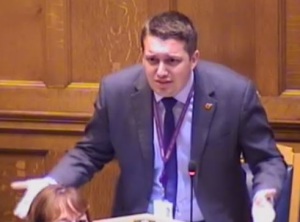 Waddya mean, the poll results say I should win in Croydon Central?

YouGov is accused by some of being used as a Conservative campaigning device, its polling results steering public opinion as much as reflecting them.

YouGov’s chief exec is Stephan Shakespeare, the German-born former Conservative Party election candidate and founder of the ConHome website, while its co-founder is Tory MP and government minister NadhimZahawi.

Funding of a poll by a vested interest, such as “The People’s Vote”, is bound to raise suspicions about its intentions and its objectivity.

Opinion polls often dominated the debate at the last two General Elections: 2015 saw worries about Ed Miliband having to work with the SNP, according to the polls, and 2017 saw Labour written off as having little chance of election success, prompting Prime Minister May to call the election, with disastrous (for her) and costly (for the British public paying the £1billion Tory bribe to the DUP) results.

Indeed, the failure of all but the 2017 exit poll to predict the election result with anything like accuracy should suggest that polling needs to be regarded with caution.

The YouGov poll has used an exceptionally large sample, however.

Its questioning technique, though, may be partially responsible for delivering the result which the organisation which commissioned the poll had sought.

YouGov invited those interviewed to re-state their preference if the Prime Minister’s vote got through on the back of Labour votes in Parliament.

Sensitivity among London voters to this Brexit issue was highlighted by a surge in support for the Liberal Democrats. That additional 2 per cent swing from Labour to the Conservatives would take Lambeth South MP Steve Reed OBE below 50 per cent of the vote, while Philp’s closest rivals in Croydon South would be the LibDems, rather than Labour. It might also see Creatura extending his lead over Jones to more than 11,500.

The only way to judge with any degree of certainty how truly reflective of public opinion these YouGov poll results might be will be at the ballot box, and some council by-elections in the London and Surrey should provide more reliable data.

Sadly, Croydon will need to have its own council by-election in Norbury and Pollards Hill in due course, after the death at the weekend of Councillor Maggie Mansell.

The resignation of Surrey County Council leader David Hodge will see a by-election on January 31 just across the borough-county boundary in the Warlingham ward that includes Tatsfield and Woldingham. Candidates nominated were declared late yesterday afternoon with the Tories, Lib Dems, UKIP and Labour contesting the seat. 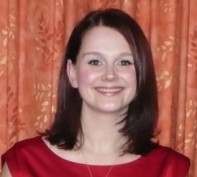 Three Labour resignations just seven months after the 2018 local elections will see two by-elections in Tower Hamlets and one in Lambeth on February 7.

In Lambeth, Jane Edbrooke, the Labour-run Town Hall’s chief whip, is giving up her council allowances to take a politically restricted job. She has been hired as a senior policy officer at the Big Lottery Fund.

First elected to the council in 2010, Edbrooke has been described by those who had the displeasure of encountering her as “a carpet bagger” who “had no empathy”.

“Never was there a more supercilious and snotty-nosed councillor than Jane Edbrooke,” was the way she was described by one of her erstwhile ward residents.

Edbrooke was the cabinet member who was behind the borough’s omnishambles of a  “Bookish Gyms” policy, which axed five public libraries and proved particularly unpopular in Gipsy Hill and Crystal Palace over the abuse of Carnegie Library.

First elected for Oval ward, Edbrooke switched last year to stand in Thornton ward, where she lives. It is also where Lib Peck, the council leader, is also a sitting councillor.

Edbrooke and Peck were among 16 Blairite councillors in Lambeth to support Owen Smith in his leadership challenge against Jeremy Corbyn, which may add some additional spice into the mix when Labour selects its candidate and in the by-election itself.